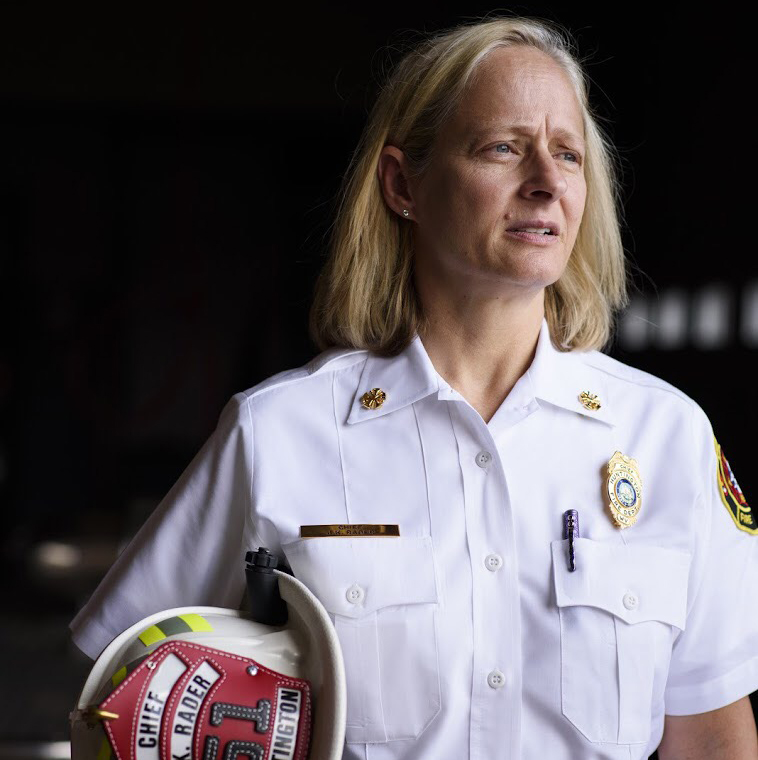 Fairness West Virginia board member Jan Rader said she is honored to be representing the city of Huntington, the LGBTQ community, and her home state at the 90th Academy Awards this weekend in Los Angeles.

Rader is one of three main subjects in the film “Heroin(e)” by West Virginia filmmakers Elaine McMillion Sheldon and Kerrin Sheldon. The film, which can be streamed on Netflix, is up for Best Short Documentary.

Rader, the first woman fire chief in Huntington’s history, is one of three women featured in “Heroin(e)” as they battle the opioid crisis in their community.

She said she wasn’t surprised to learn the film was nominated.

“I feel like Elaine and Kerrin are extremely gifted and talented people, and they are very humble. It doesn’t surprise me at all that people are noticing their talent,” she said.

In addition to heading the city fire department, Rader also serves on the Mayor’s LGBTQ Advisory Committee. Since Mayor Steve Williams formed the committee, Huntington has scored higher than any other municipality in West Virginia on the Human Rights Campaign’s Municipal Equality Index – a 95 out of 100.

“I think that’s amazing that we have a forward thinking and innovative mayor that allows us to do this work that will have lasting impressions on Huntington as a city and the state of West Virginia as a whole,” she said. “I know the mayor was actually disappointed that our score wasn’t even higher than it was.”

She decided to further her involvement with social justice issues by joining the Fairness WV board in January. She said she wanted to do her part to combat the rise of hate in recent years.

“We are living in such tumultuous times as far as hatred coming back and being rampant, and I worry that we have gotten way from how to be kind to each other,” she said. “The LGBTQ community is a target when hatred is stirred up on the national level, so we need to continue to do our part to counter it.”

She is not exactly used to the limelight but said it doesn’t bother her because the subject matter of the film is so important.

“I feel like the product that Elaine was able to put together has become somewhat of an educational tool for the general public and especially school-age children. We go to high schools to talk. It starts conversations that need to happen to get us past this crisis. As long as that is transpiring I feel ethically and morally obligated to do all of the speaking engagements that I can,” she said.

She is most nervous about trading in her work boots and uniform for a fancy evening gown and heels, even though it’s just for the evening.

“I am wearing a long, black sequined dress and high heels. I haven’t had on a dress since my dad died six-and-a-half years ago,” she said.

“This is a new experience for me. I hope I represent us well and I hope I don’t fall,” she said with a laugh.