That’s what Angel Harless was greeted with the moment she walked into a bar with some friends last October.

Angel was out for what was supposed to be a night of fun at The Empty Glass in Charleston when a man she had never met began harassing her with homophobic taunts and slurs. She ignored his repeated harassment, but he only became more aggressive.

Eventually he attacked her from behind, knocking her to the ground and beating her unconscious with a beer bottle. When a bar patron confronted him and asked him how he could hit a woman, he responded, “That’s a man.”

West Virginia’s hate crimes law says that’s not a hate crime. Although the law protects people on the basis of race, sex, national origin, ancestry, and political affiliation, it does not include sexual orientation or gender identity.

It’s time we passed Angel’s Law to change all of that. 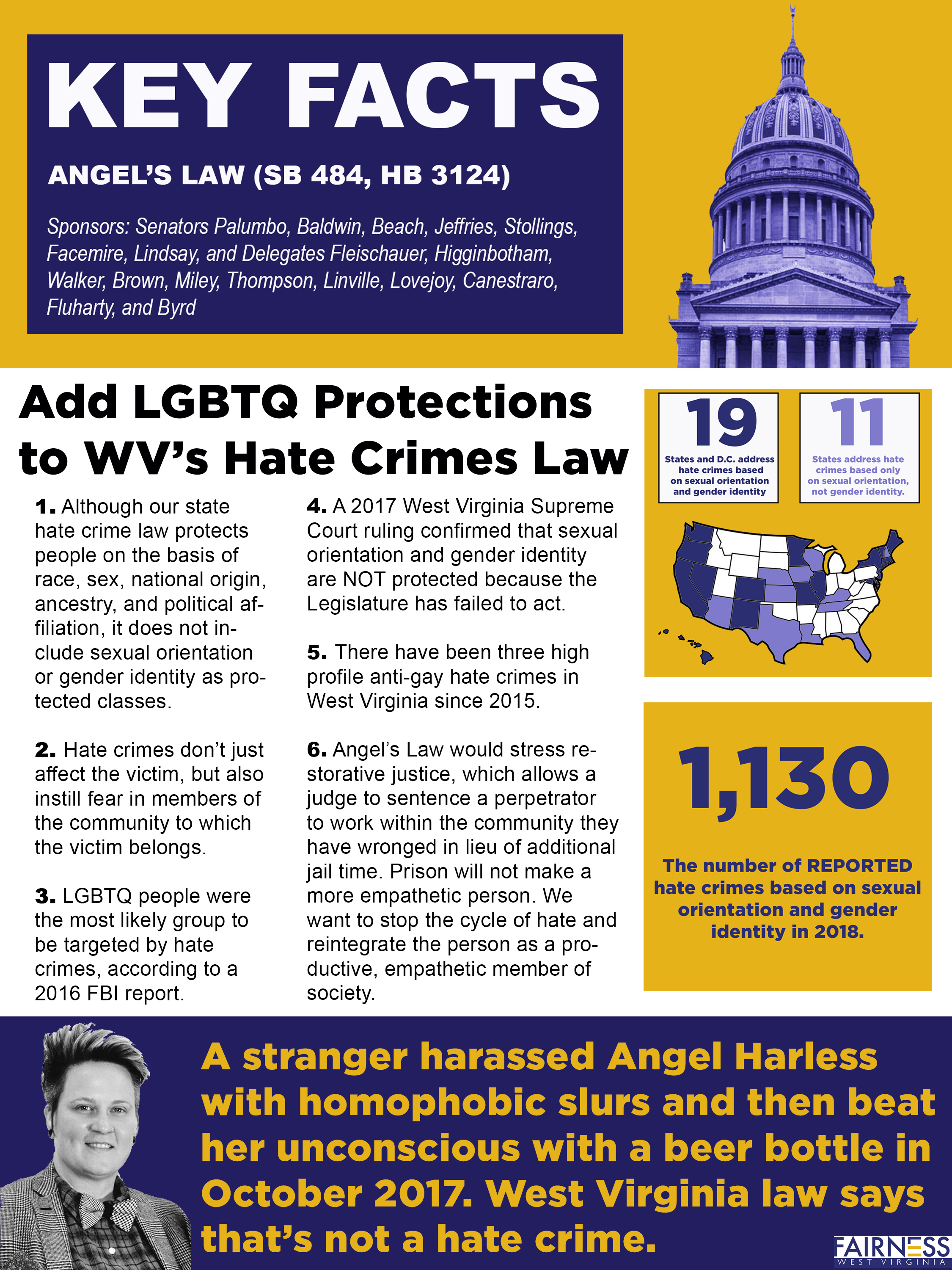 Angel’s case is far from isolated. Members of the LGBTQ community were the most likely group to be targeted by hate crimes, according to a 2016 FBI report.

These types of crimes don’t just affect the victim, but also instill fear in members of the community to which the victim belongs.

Angel’s Law would stress restorative justice, which allows a judge to sentence a perpetrator to work within the community they have wronged in lieu of additional jail time. Prison will not make a more empathetic person. We want to stop the cycle of hate and reintegrate the person as a productive, empathetic member of society.