CHARLESTON, W.Va. – The mayors of all 12 LGBT-inclusive municipalities in the state have come together to support nondiscrimination for all West Virginians.

All 12 cities have passed ordinances that bar such discrimination. It remains legal everywhere else in West Virginia to fire, evict or deny someone services at a business simply because of their sexual orientation or gender identity. The 12 inclusive cities represent about 199,000 state residents, or about 11 percent of the state’s population.

Senate Majority Leader Tom Takubo, R-Kanawha, is the lead sponsor of SB 391. In the House of Delegates, a record 36 sponsors have signed onto nondiscrimination bills. Despite all that support, the bills have yet to be taken up in committee. 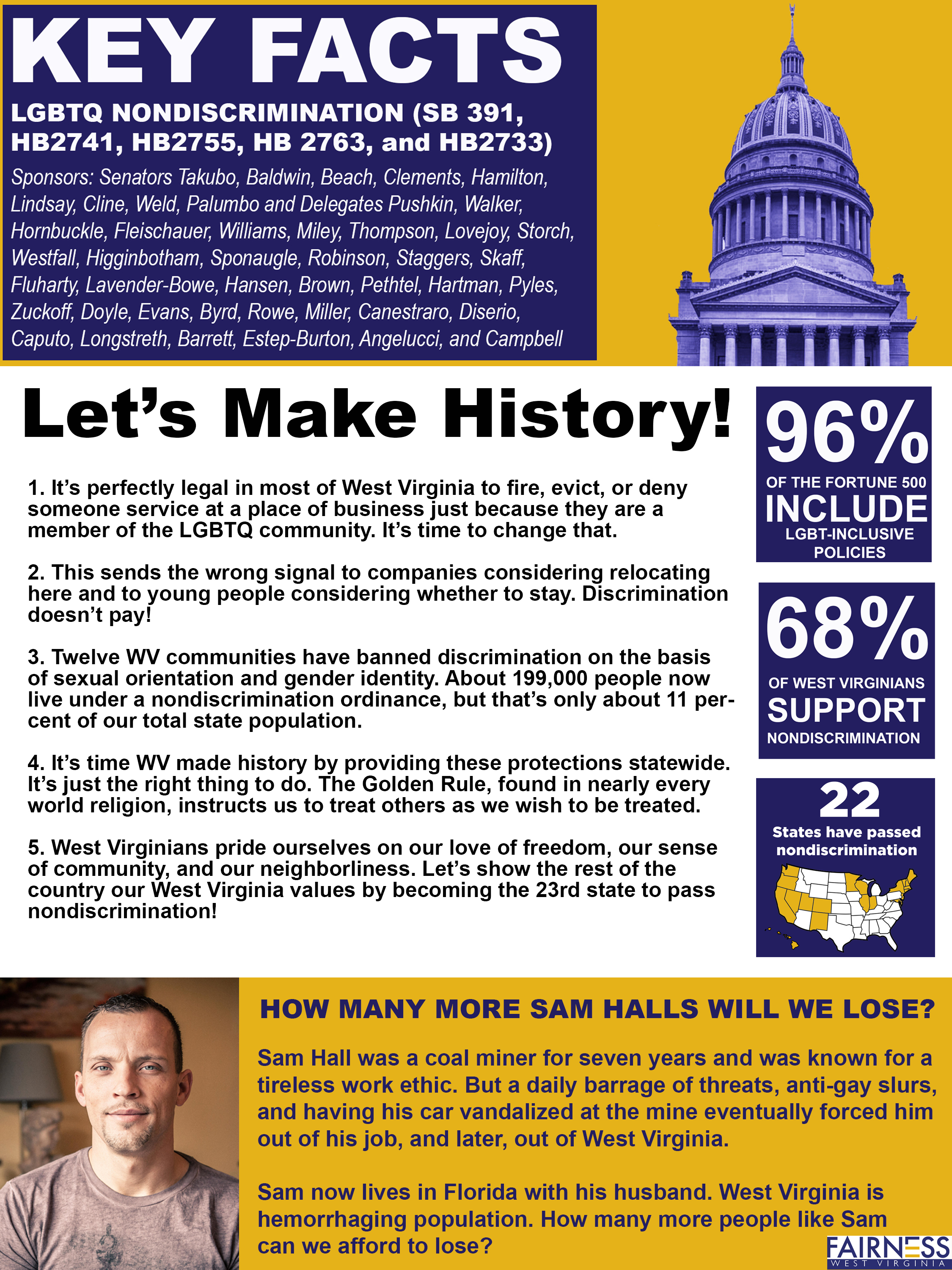 “We are so encouraged by this show of support from our mayors throughout West Virginia who just believe this is the right thing to do,” said Andrew Schneider, Fairness West Virginia executive director. No one knows better than they do about the positive economic impacts of nondiscrimination.”

“Senate President Carmichael and his leadership team support many of our causes,” Schneider said. “The problem is that we are not a top priority for them. We need them to see that there is broad support for SB 391.”

But time is running out. If the Senate bill isn’t taken up in the judiciary committee by Wednesday, it will die.

Fairness West Virginia encourages all its supporters to continue calling and emailing Senate President Mitch Carmichael’s office to tell him to run the bill.