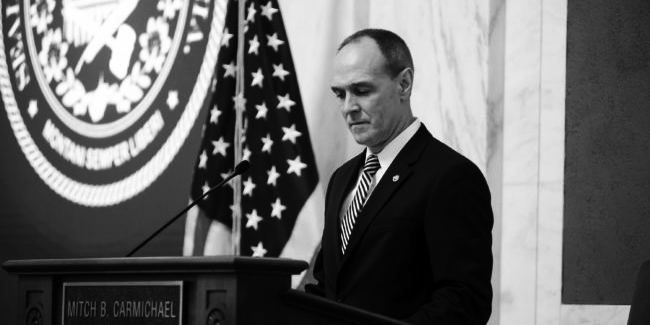 Senate President Mitch Carmichael committed to carefully reviewing the Fairness Act and to having a “substantive dialogue” about it. To date, the bill has not been discussed in any committee meetings nor has it been brought up at any public hearings. And yet, on just the second day of the legislative session, he had apparently already backed down from his promise to have this dialogue. He sent word through a small group of pastors that the Fairness Act is dead before it was officially introduced, and that legal discrimination is the right pathway for West Virginia to follow.

“We have to have an open society and so forth, but I don’t think, at this point in time, it’s the right path to pursue for West Virginia,” Carmichael said in a recent television interview. “At this point, I don’t believe it’s in the best interest of our state.”

He couldn’t be more wrong.

The Senate President is right about one thing, though. Now is not the right time to pass the Fairness Act. The right time has already passed. The right time was decades ago when advocates first asked their government to protect them from legal discrimination. For too long, our leaders have cowered away from doing what’s right.

The truth is, a majority of our lawmakers want to see this bill passed. Our community has waited and waited and waited for some imaginary “right time.” We can’t wait any longer. It should not be legal to fire or evict LGBTQ people because of who they are or who they love. We’re extremely disappointed that Sen. Carmichael is bowing to a small, vocal minority. He is ignoring the six in 10 West Virginians who say these nondiscrimination protections are needed.

But let me be clear: the Fairness Act is not dead. This is a small set back, but our bill is more alive than ever before. Our supporters are fired up and ready for this fight. We will bring more engaged community members to Carmichael’s doorstep, and we will not stop until all Mountaineers are protected.

Questions should be directed to Jake Jarvis, communications manager or jake@fairnesswv.org.