West Virginia voters showed in Tuesday night’s primary election that they want their leaders to support equality for all people, no matter a person’s sexual orientation or gender identity. Several anti-equality leaders lost their primary elections, and many LGBTQ candidates made history.

On the same night that LGBTQ people made history, the most homophobic state lawmaker was sent home. Eric Porterfield, the guy who compared the LGBTQ community to the KKK and hinted he would drown his own kids if they turn out to be gay, came in dead last in his primary. Voters of Mercer County made it clear that his hateful views don’t represent their communities. 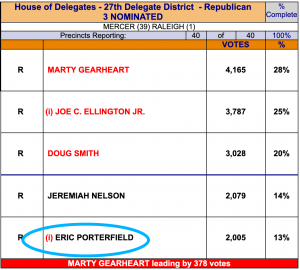 Porterfield was a vocal opponent of the Fairness Act, a bipartisan bill that would ensure no person in West Virginia is discriminated against because of who they are or who they love. If adopted, it would protect people from discrimination because of their sexual orientation or gender identity in three key areas of life: employment, housing and public spaces. Several other opponents of the Fairness Act lost their primaries last night, making it all the more likely 2021 will finally be the year our Legislature adopts the bill into law.

The leader of the Family Policy Council of West Virginia also suffered defeat. Allen Whitt is the leader of that hate group, and he uses his platform to sow hatred and spread misinformation about LGBTQ people. He ran to be our state’s next U.S. Senator but was crushed by the incumbent Sen. Shelley Moore Capito. She won with more than 170,000 votes, while Allen could only get 19,000 votes. Allen couldn’t even get his national parent organization to support him — the group gave Capito an award and free publicity in the middle of her campaign against him.

One of the biggest milestones of the night came from Wheeling. Rosemary Ketchum became the first openly transgender person in West Virginia to be elected to public office. She ran a fantastic campaign focused on connecting with the community she’s now going to serve. It’s important that our government represents the full diversity of our community. Our state has the highest percentage of transgender youth in the country, and all of those kids now have a fantastic public servant to look up to. 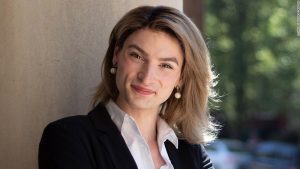 Several other LGBTQ people joined Rosemary in making history. Rob Dunlap, a newcomer to elected office and a gay man, won a seat on the Beckley city council last night. Dunlap is a former Fairness West Virginia board member. With his election, there is still a majority of council members willing to protect the city’s local fairness law that was adopted in early 2019.

Michael Martin, who is also a gay man, won a seat on the Berkeley County Board of Education. Martin, Dunlap and Ketchum all won their seats outright on Tuesday, but many other LGBTQ people won their primary challenges and will continue through to the November general election. There are too many to list, but we look forward to watching their victories in the months to come.

Two of Fairness West Virginia’s own board members, Chris Walters and Danielle Stewart, were on the ballot last night. Chris, a Republican and longtime supporter of fairness, won his primary challenge. Danielle, who ran to be the mayor of Beckley, unfortunately, did not win. Regardless, Danielle is a fierce advocate who will continue to use her voice to fight for a kinder, braver world.

Fairness West Virginia joined a group of organizations to oppose Tim Armstead, the former speaker of the state’s House of Delegates. He was the mastermind behind the anti-gay RFRA legislation, and he opposed every single pro-equality bill. We fought our hardest to defeat him and stop him from winning a 12-year seat on the state’s Supreme Court, but he prevailed. Two of his opponents split the majority vote. His win with only 41 percent of the vote shows the majority of West Virginians don’t support his hateful agenda.

For email updates about LGBTQ news in West Virginia, sign up here.