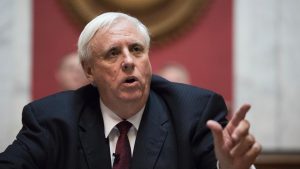 It’s unfortunate that Gov. Jim Justice chose to sign House Bill 3293, ensuring the state of West Virginia will have to pay untold legal fees defending a clearly unconstitutional bill. Let me be clear: federal law protects our transgender children from discrimination, and this anti-transgender athlete ban will not stand.

Transgender children are worthy of love and support. They deserve the chance to learn and grow in the classroom and on the field. Unfortunately, the very people this law harms were entirely shut out of the legislative process. Not a single transgender person was permitted to testify before the Legislature. Gov. Justice had the chance to join fellow Republican governors across the country who vetoed similar bills. But unlike those governors, Gov. Justice didn’t take time to meet with transgender youth to hear their stories.

Nothing Gov. Justice does can change the fact that trans girls are girls, and they’re worth fighting for. We will never stop fighting for transgender Mountaineers.