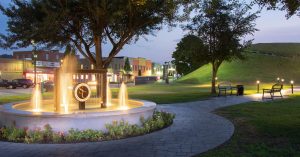 Local fairness laws are nondiscrimination ordinances that protect LGBTQ residents from discrimination in employment, housing and public spaces. South Charleston was the second municipality to adopt these protections this year.

“This is a huge win for the people of South Charleston, who took a big step today to tell the world that all people are protected from discrimination here,” said Andrew Schneider, executive director of Fairness West Virginia. “Charleston became the first city to adopt a local fairness law more than a decade ago, and now their neighbors in South Charleston have joined them in standing for fairness. South Charleston is truly someplace special for all.”

“Our state lawmakers have failed year after year to adopt a statewide law to protect all LGBTQ people from discrimination,” Schneider said. “No statewide protections means landlords can continue to evict gay tenants and businesses can continue to refuse to serve them with no consequences. Until our leaders pass the Fairness Act, it’s up to cities like South Charleston to protect their communities.”

The Fairness Act is a bipartisan proposal to ensure all LGBTQ people across the state, no matter their zip code, are protected from discrimination. Even with the new protections in South Charleston, less than 215,000 people live somewhere with these protections.