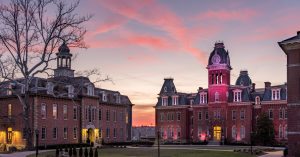 CHARLESTON, West Virginia — The city of Morgantown today became the second city in West Virginia to earn full marks on an annual report card that grades cities on how inclusive they are for the LGBTQ community.

“It’s time for the world to know that West Virginia can be a welcoming place where all kinds of people belong,” said Andrew Schneider, executive director of Fairness West Virginia. “We’ve known for a long time these communities are welcoming, and today’s report card proves that. I congratulate the leaders of Morgantown for all of their hard work this year toward inclusivity. I look forward to more cities joining the ranks of these all stars, and to leaders at the state level stepping up to protect all Mountaineers from discrimination.”

The MEI examines how inclusive municipal laws, policies, and services are of LGBTQ people who live and work there. Cities are rated based on non-discrimination laws, the municipality as an employer, municipal services, law enforcement and leadership on LGBTQ equality. Scorecards for individual cities can be viewed here.

Leaders from Morgantown and Huntington joined Fairness West Virginia to announce the scores and celebrate the improvements Thursday morning. A recording of the event can be viewed here.

“West Virginians should feel proud knowing that so many of their local officials are working to advance equality,” Schneider said. “While we still have much work to do at the state and federal levels, mayors and city council members across this state continue to show that advancing equality isn’t just the right thing to do — it makes our communities stronger.”

Morgantown’s score in the 2020 MEI was 77, meaning the city jumped 23 points in a single year. Part of Morgantown’s significant score increase was because members of city council there adopted a bill to ban the dangerous and discredited practice of conversion therapy.

“The city of Morgantown is a welcoming place where everyone is valued,” said Morgantown Mayor Jenny Selin. “We’ve worked hard together as a community to advance policies that will ensure our LGBTQ residents can live free from discrimination, and we will continue this important work in the future. All of our children, including our LGBTQ children and their friends, deserve the chance to grow up in communities that support them. I’m proud that our city has earned full marks on the Municipal Equality Index this year.”

Prior to Morgantown’s conversion therapy ban, the City of Charleston adopted the state’s first ban in August. Caitlin Cook, a member of Charleston’s City Council, was the lead sponsor of that bill and is a member of the city’s LGBTQ Working Group.

“Charleston continues to shine as a beacon of hope for inclusivity. We became the first municipality in our state to ban the harmful practice of conversion therapy on minors and established an LGBTQ working group to continue advancing inclusive policies in the Capital City,” Cook said. “Looking forward, it is my hope we can continue to value and uplift LGBTQ voices in our community as well as improve our inclusivity score.”

“Receiving a perfect score in the Municipal Equality Index for the third consecutive year validates what our community already knows — that Huntington is a city of honor, respect and compassion,” said Huntington Mayor Steve Williams. “And while we have made strides to become more inclusive in Huntington, our work will continue. We are organizing our community so that every person has a distinct and vested responsibility to advance our city’s prosperity. Our vision is that we embrace our diversity and actively seek inclusiveness as we learn to stand as one people celebrating our differences. We will be able to shape our future by assuring every person in our city has a seat at the table and has a voice to be heard.”