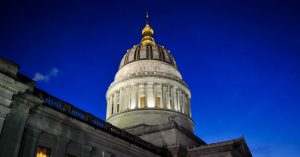 This bill would overturn local ordinances in Charleston and Morgantown that ban doctors and therapists from practicing conversion therapy on children. Seven medical associations signed on to a joint letter asking lawmakers to oppose Senate Bill 71.

“The medical community has been clear for many, many years that a person’s sexual orientation or gender identity is an intrinsic part of who they are as human beings, and this needn’t be changed by the medical community,” the letter reads.

A copy of the letter is available here. This letter will be delivered directly to Delegates and Senators before the bill is up for a final vote. Additional medical associations can sign on by emailing info@fairnesswv.org.

“This is a horrible bill that will increase conversion therapy, an abusive practice that West Virginia doctors strongly oppose,” said Andrew Schneider, executive director of Fairness West Virginia. “Victims of conversion therapy are 92 percent more likely to have thoughts of suicide. Cities and towns must be able to protect their kids from this abuse. Our lawmakers need to understand that if they vote in favor of this bill, they are taking away a community’s power to protect their kids.”

Twenty states have completely banned conversion therapy for children, and five more states have enacted partial bans. Fairness West Virginia introduced a bill known as the Youth Mental Health Protection Act, a proposal to ban the practice statewide and hold doctors accountable for harming children. That bill gets introduced in the state Legislature every year, but legislative leaders have never allowed a vote on it.

“All of West Virginia’s children deserve love and respect for who they are, and no one should be in the business of trying to shame or humiliate teenagers out of being gay,” Schneider said. “We have to rely on individual communities to protect our kids from conversion therapy because the Legislature continues to turn a blind eye to the pain and suffering of survivors who come back year after year and beg our leaders to act.”