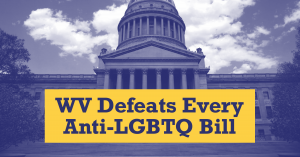 Our team went into this session facing a huge uphill battle. Before the session even began, we learned that more than 40 Republicans were planning to sponsor a “License to Discriminate” bill, which you may know as the Religious Freedom Restoration Act (RFRA). We worked night and day to fight back against these attacks — including a significant last-minute pro-conversion therapy bill.

The odds were completely stacked against us. And yet, we still won.

We tracked nearly two dozen anti-LGBTQ bills this session. Because so much of our work happens behind the scenes, I want to take a few minutes to make sure you know how hard we worked for LGBTQ people this year.

But before I do — can you help make sure we’re able to come back even stronger next year? We depend on support from generous donors like you, people who share our vision for a West Virginia where all kinds are welcome.

There are too many anti-LGBTQ bills to list, but here’s a highlight of what we accomplished this session:

✅ Maintained Local Fairness Laws — Fifteen communities across the state have adopted local versions of our bill called the Fairness Act. These local protections ban anti-LGBTQ discrimination in employment, housing, and public spaces. Lawmakers wanted to overturn or weaken those local protections, but we stopped them.

✅ Kept Classrooms Safe for LGBTQ Kids — We saw several bills this year that would have made it harder for teachers to support their LGBTQ students. One bill would have banned teachers from even displaying a rainbow in their classroom! Other proposals, like the “Classroom Gag Order” bill, were designed to scare teachers from talking about racism, diversity, and inclusion in the classroom. We defeated every single one of those bills.

✅ Protected Health Care for Trans Youth — Across the country, Republicans are trying to ban the medically-necessary health care that some transgender youth receive. Lawmakers tried to do that here, but we stopped them.

✅ Protected the HRC — Lawmakers have tried for several years to dismantle the state’s Human Rights Commission, an important government agency that helps victims of discrimination. They tried again this year, but we didn’t let them.

You might be asking yourself — how did Fairness win so much when the odds were stacked against them? The answer is simple. We won, because you got in the fight.

The truth is, West Virginia’s LGBTQ community can stand up to the bullies and we can win. When we all join forces and stand up for what’s right, we can make change happen. 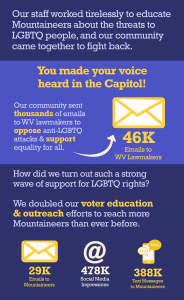 Thank you! Thank you for every call you made, every email you sent, every social media post you shared. It took every single one of us to make this happen.

The session may be over, but our work isn’t. We’re going to build on this momentum and fight even harder. We’re going to help even more communities adopt local fairness laws and protect their kids from the dangers of conversion therapy. We’re going to get more LGBTQ people registered to vote, to make sure everyone in our community can use their voice at the ballot box.

Big things are coming, and I hope you’ll join us. If this session taught us one thing, it’s that we can overcome insurmountable odds when we all stand together. 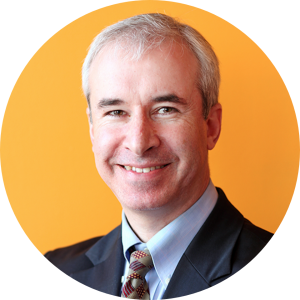 Our neighbors in Pennsylvania are taking action to protect kids from conversion therapy! Today’s order from the PA governor won’t totally end this abusive and pseudoscientific practice, but it’s a step in the right direction. advocate.com/news/2022/8/16…