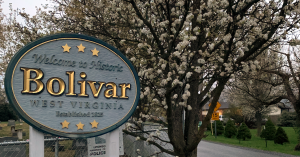 Local fairness laws are nondiscrimination ordinances that protect LGBTQ residents from discrimination in employment, housing and public spaces. Bolivar was the first municipality in the state to adopt these protections in 2022.

“Bolivar is a welcoming community, and last night’s vote proves that to the rest of the world,” said Andrew Schneider, executive director of Fairness West Virginia. “Bolivar’s leaders stepped up last night to protect their LGBTQ friends and neighbors, and they proved yet again that no community is too small to welcome everyone.”

About 1,200 people live in the community of Bolivar, a town adjacent to Harpers Ferry on the border of Jefferson County. Four communities in that county have now adopted these protections, and Kanawha County is the only other county with multiple local fairness laws.

“Our state lawmakers have failed year after year to adopt a statewide law to protect all LGBTQ people from discrimination,” Schneider said. “No statewide protections means landlords can continue to evict gay tenants and businesses can continue to refuse to serve them with little to no consequences. Until our state lawmakers pass the Fairness Act, it’s up to cities and towns like Bolivar to protect their communities.”

The Fairness Act is a bipartisan proposal to ensure all LGBTQ people across the state, no matter their zip code, are protected from discrimination. Even with the new protections in Bolivar, less than 220,000 people live somewhere with these protections. That’s less than 13 percent of the nearly 1.8 million West Virginia residents.

In 2021, Fairness WV helped two communities adopt local fairness laws. The city of Keyser became the 14th community to adopt such a law in January of 2021, and the city of South Charleston followed six months later. 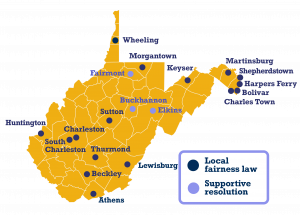