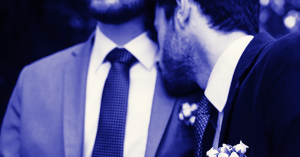 It’s time to stand up for marriage equality, again

When the U.S. Supreme Court legalized same-sex marriage seven years ago, many of us thought that fight was over. Unfortunately, at least one justice on the court, Justice Clarence Thomas, wants to revisit that decision — along with other decisions important to LGBTQ people.

We can’t let what happened with the right to an abortion happen to marriage equality. Since the court’s decision in 2015, Congress hasn’t updated our country’s marriage laws. That means an outdated law known as the Defense of Marriage Act, which narrowly defines marriage as a union only between one man and one woman, is still on the books.

We need to update our country’s marriage laws before SCOTUS has a chance to do more damage. Congress is considering a bill right now to enshrine into federal law what the court already decided. That bill, the Respect for Marriage Act, passed out of the U.S. House of Representatives earlier this week. It now heads to the Senate.

I’m asking you to send a quick message to our US Senators, Sen. Joe Manchin and Sen. Shelley Moore Capito, right now. Tell them to stand up for the hundreds of LGBTQ couples across West Virginia

Because of the marriage equality decision, millions of people know that they have the freedom to marry the person they love and build a family together, and our society is now built around that fact. Everyone should be able to rely on their ability to marry and it would be morally reprehensible and a logistical nightmare to take that away.

Millions of LGBTQ people have married and formed families since this issue was decided. An estimated two million children are being raised by LGBTQ families. Kids do best when their families have the critical legal protections to care for one another, and numerous studies show that children raised by same-sex parents fare just as well as their peers.

Marriage equality is the law of the land, and it must remain that way.