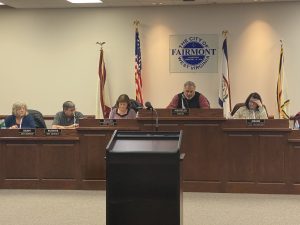 Local fairness laws are nondiscrimination ordinances that protect residents from discrimination based on a person’s sexual orientation or gender identity. Fairmont was the third West Virginia municipality to adopt these protections in 2022.

“We promised our community we would continue fighting for these protections, and that’s what we did,” said Andrew Schneider, executive director of Fairness West Virginia. “This victory wouldn’t have been possible without the dedication and persistence of many community leaders.”

Fairmont city leaders first adopted a nondiscrimination resolution back in 2017, but it lacked any enforcement mechanism. The ordinance adopted this week adds a new section to city code to establish a private right of action for discrimination.

About 18,000 people live in the city of Fairmont. It’s the second community in Marion County to adopt these protections. The town of Monogah unanimously adopted them in September.

These protections are local versions of a statewide proposal called the Fairness Act. The Fairness Act is a bipartisan bill to ensure all LGBTQ people across the state, no matter their zip code, are protected from discrimination.

“Our state lawmakers have failed year after year to adopt a statewide law to protect all LGBTQ people from discrimination,” Schneider said. “No statewide protections means landlords can continue to evict gay tenants and businesses can continue to refuse to serve them with little to no consequences. Until our state lawmakers pass the Fairness Act, it’s up to cities and towns like Fairmont to protect their communities.”