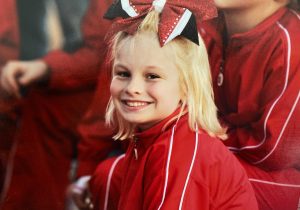 CHARLESTON, West Virginia — A federal judge in West Virginia on Thursday dismissed a lawsuit challenging a 2021 law that bans transgender girls from participating in school sports.

Becky Pepper Jackson, an 11-year-old transgender girl from Harrison County, brought the lawsuit in hopes that she would be able to join her friends on the middle school cross country team. Judge Joseph Goodwin dismissed the case, finding that the law did not violate Title IX or the 14th Amendment’s Equal Protection Clause.

“From the very beginning, we told lawmakers this bill was a cruel solution in search of a problem,” said Andrew Schneider, executive director of Fairness West Virginia. “Legislative leaders spread the lie that girls’ sports would be dominated by transgender athletes, but they couldn’t even name one such athlete. This bill was never about protecting girls who play sports, because if it was, Becky would still be allowed to play.”

The decision was handed down late Thursday afternoon and it was not immediately clear if Becky’s attorneys plan to appeal the decision. In his ruling, Judge Goodwin claimed that “transgender girls are biological males,” despite the fact that four separate medical associations in West Virginia opposed HB 3293.

“I just want to run, I come from a family of runners,” Becky said in an ACLU press release. “I know how hurtful a law like this is to all kids like me who just want to play sports with their classmates, and I’m doing this for them. Trans kids deserve better.”

The ACLU of West Virginia, Lambda Legal, and several other local and national groups represented Becky in the case. Learn more about her journey here.

This is a developing story and will be updated as we learn more.